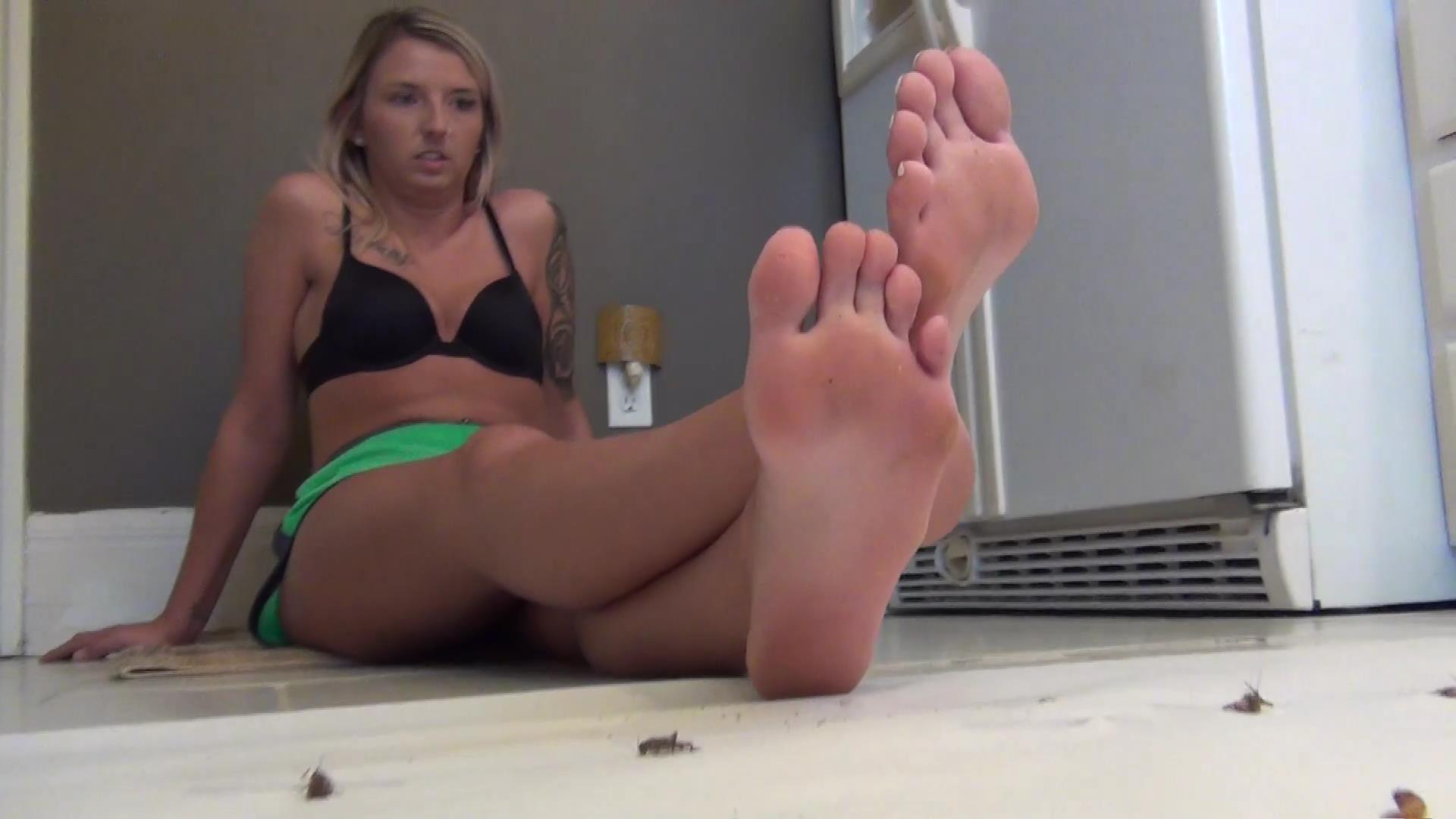 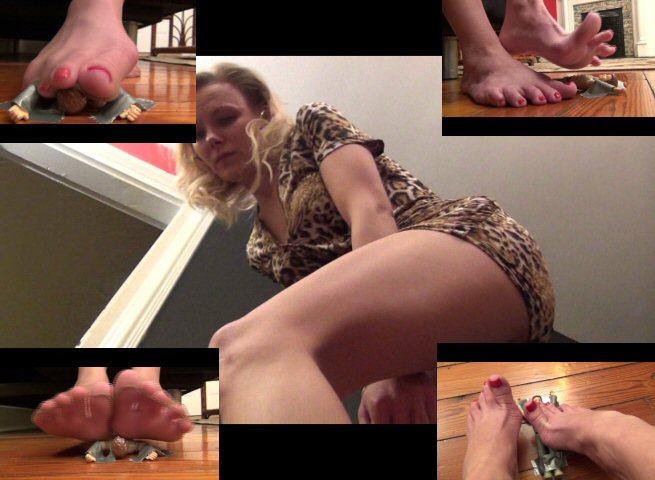 Mommy Punishes With Her Stinky Feet! 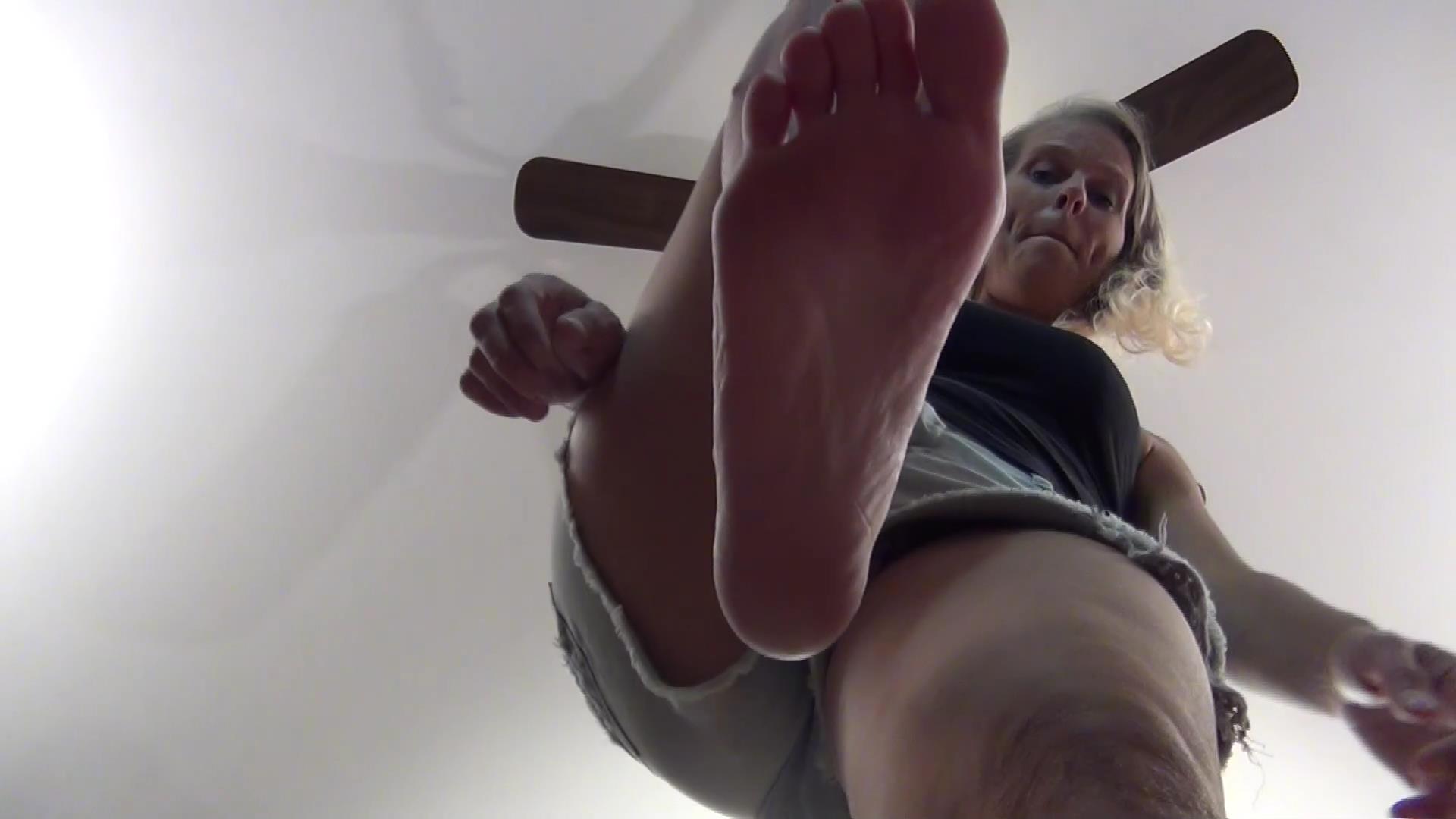 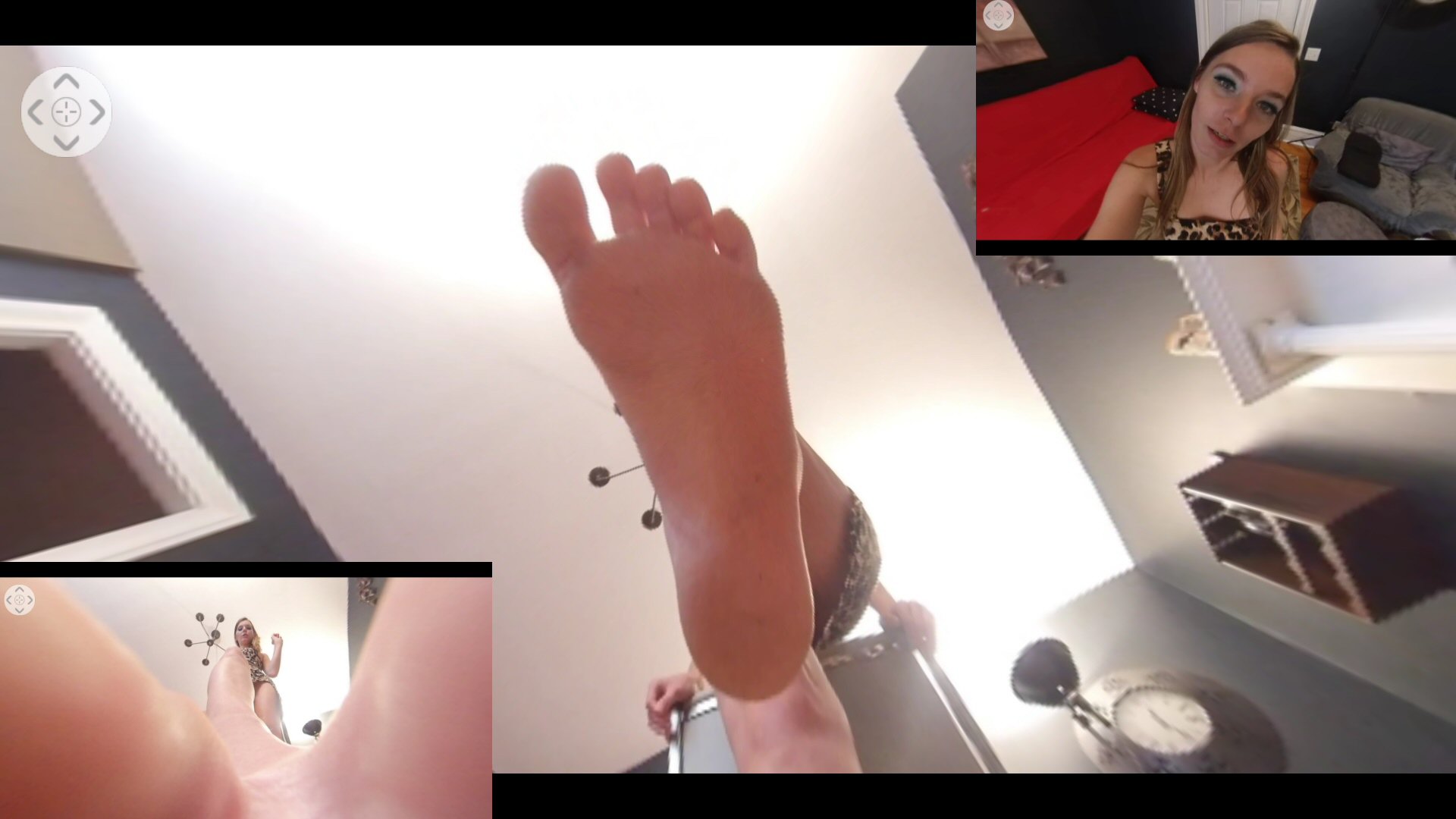 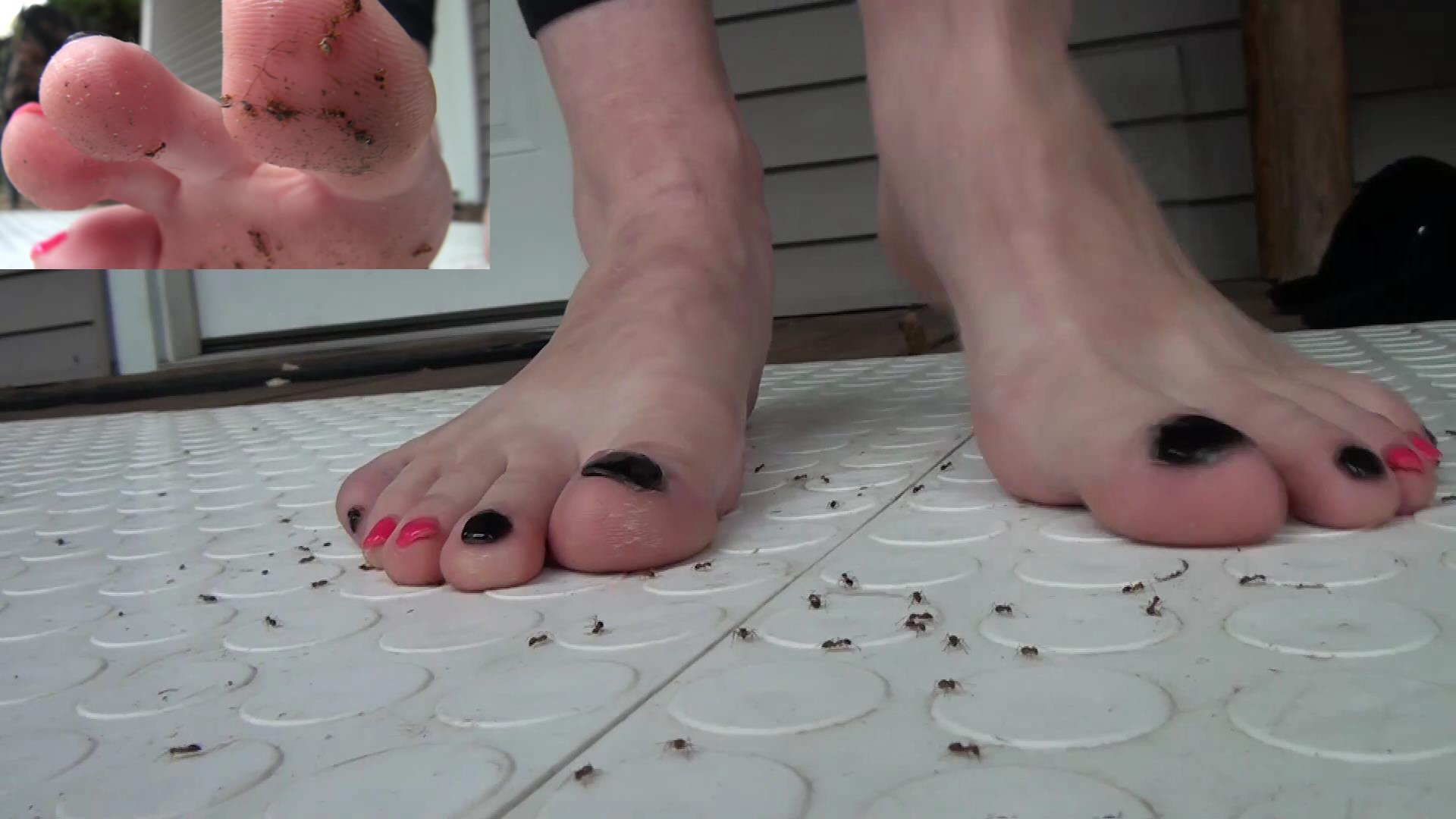 Makena Walks Up On Her Infested Porch! 'PC' 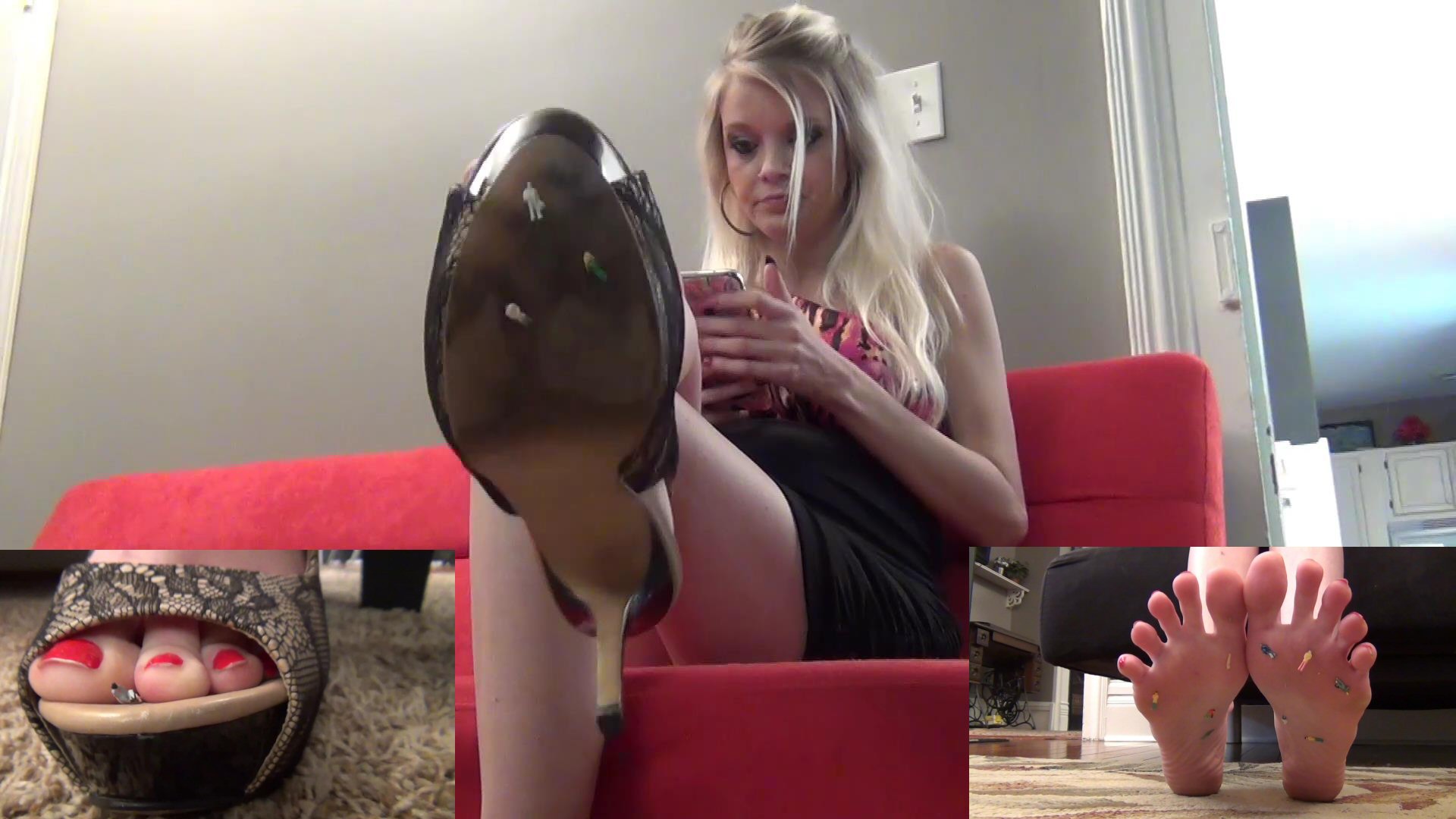 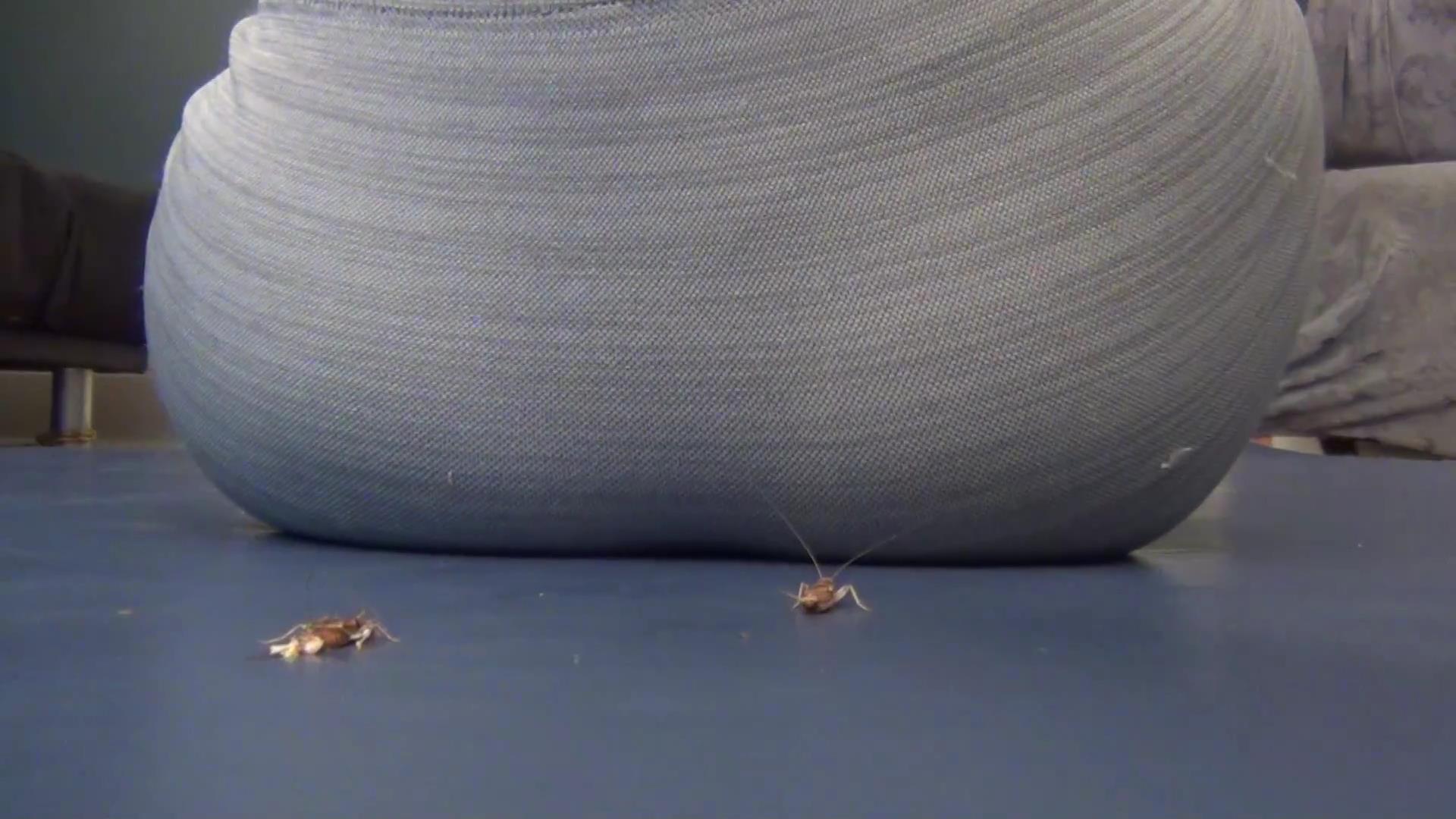 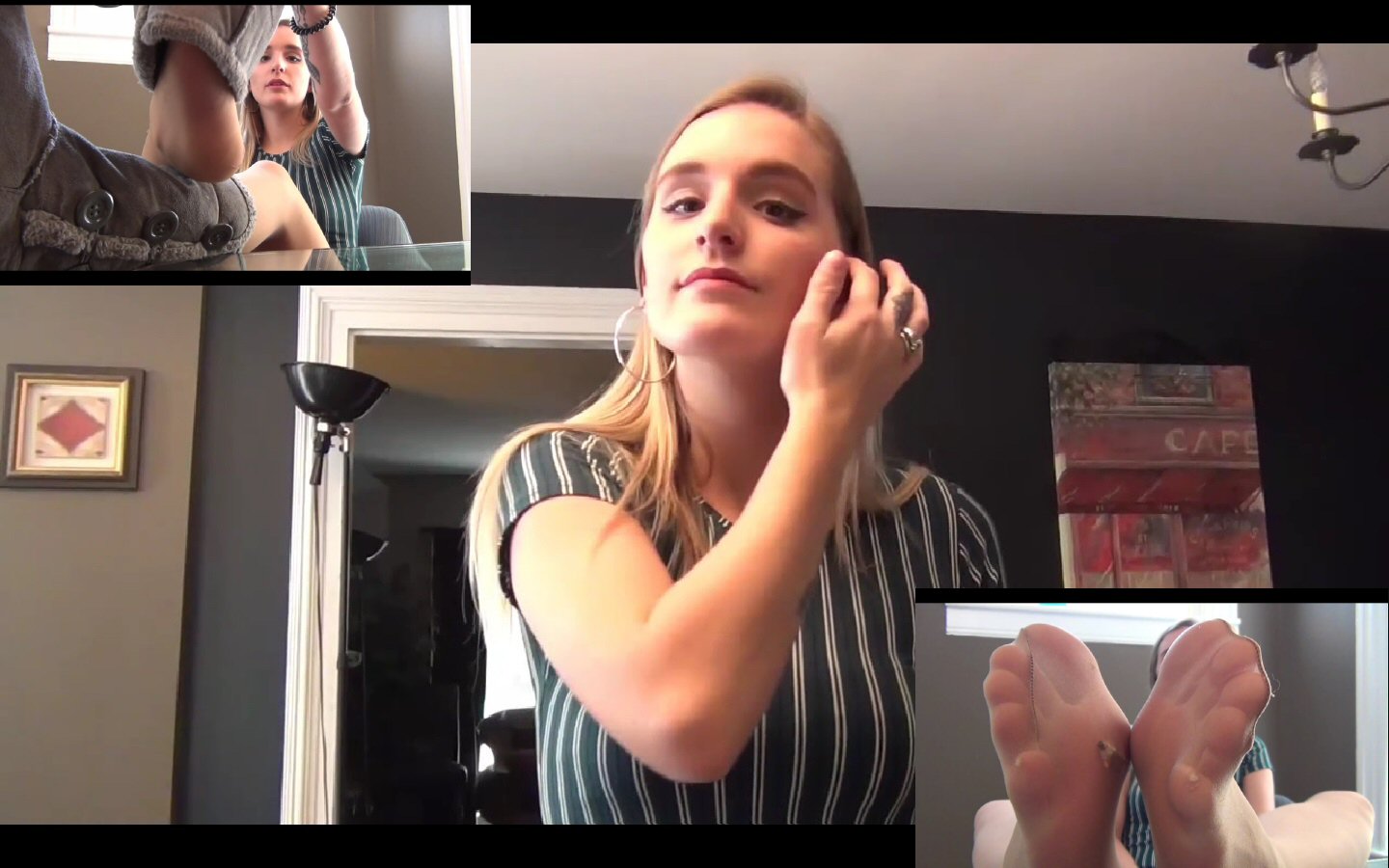 Savy Makes A Nerd Do Her Home Work! 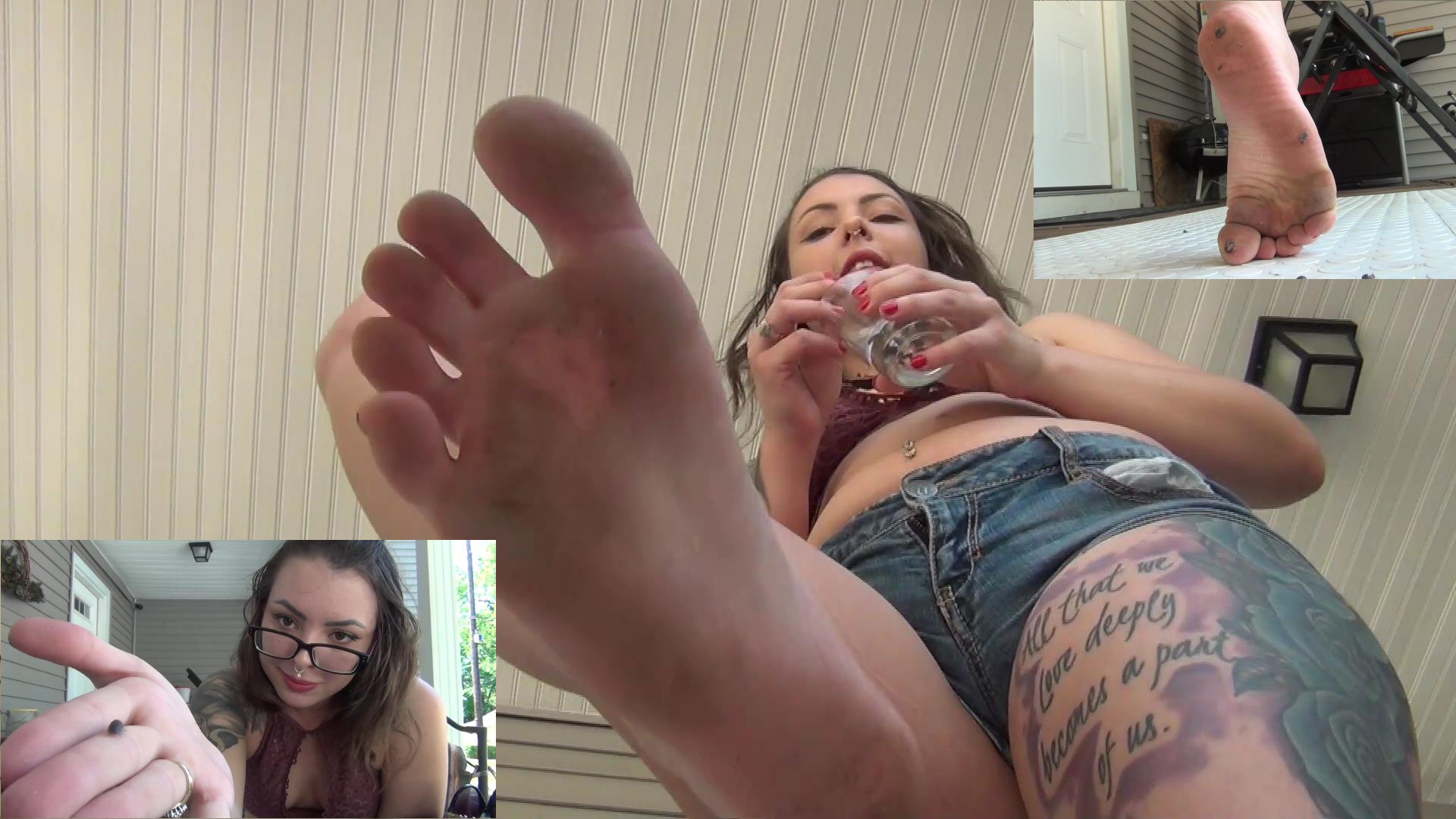 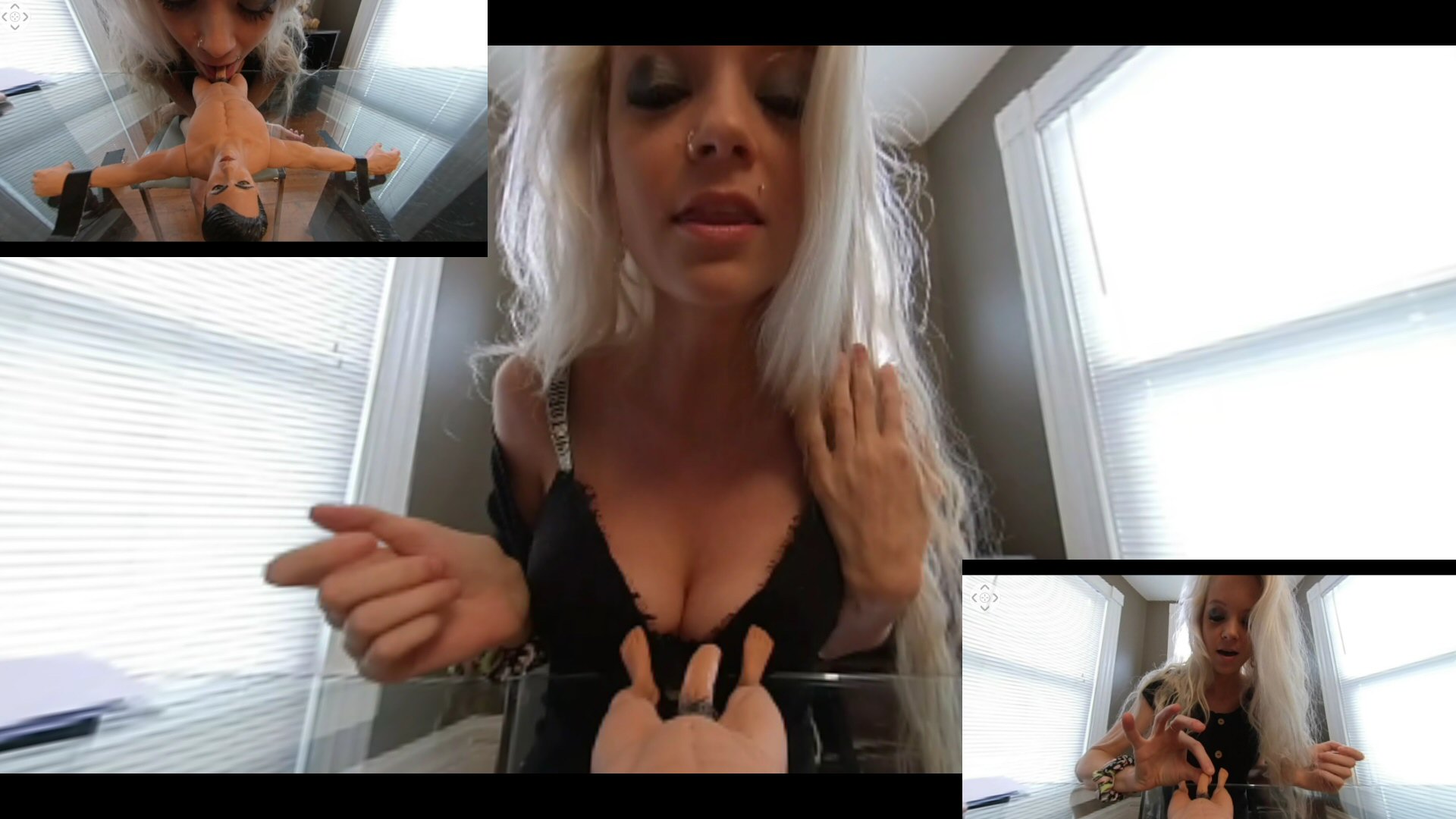 Naughty Makayla Is In Full Control! 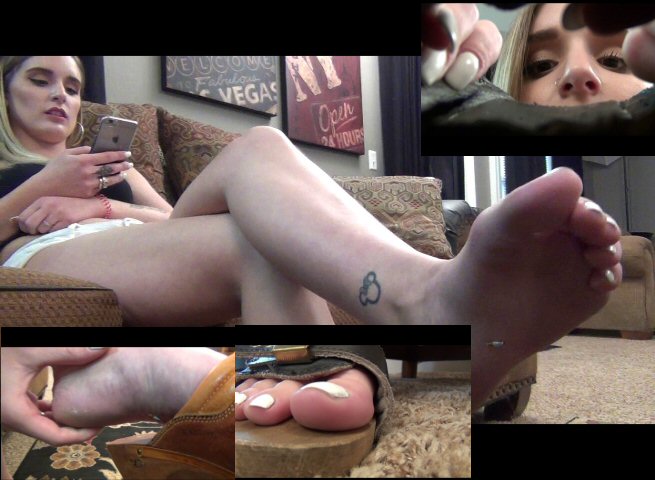 Savy was called in to hunt for a tiny crazy man. He has a huge foot fetish and they know her soles will do the trick. She sits around and reads a magazine while trying on some certain shoes to draw his attention. Her foot starts itching and when she scratches her foot she feels something. she caught the tiny crazy man! She lets him have his fun for a little while. Until she tricks him and puts him back in her shoe and return him from where he came from. 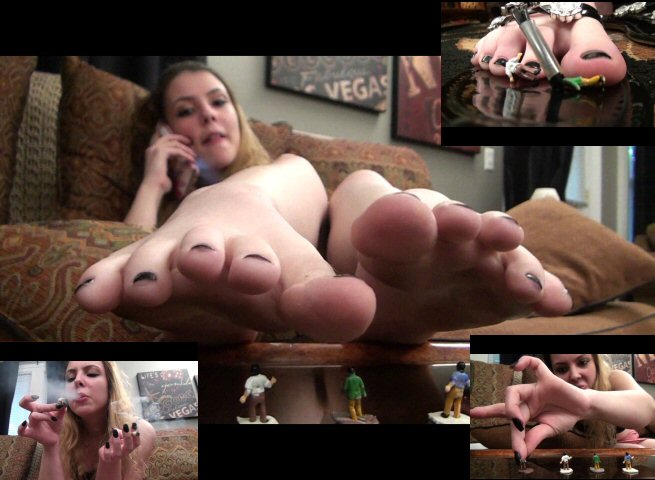 Brynn finds and captures a group of tiny foreign men that are of different ethnicity. Their brown skin is a huge turn off for Brynn and she degrades each one and threatens to dispose of them in several different ways! They're so tiny compared to her and she shows them jut how big and dangerous everything on her body can be! She dangles them above her giant mouth, shows them how massive and scary her giant cleavage can be, and sandwiches them between her soles and toes smothering them in stink and sweat! 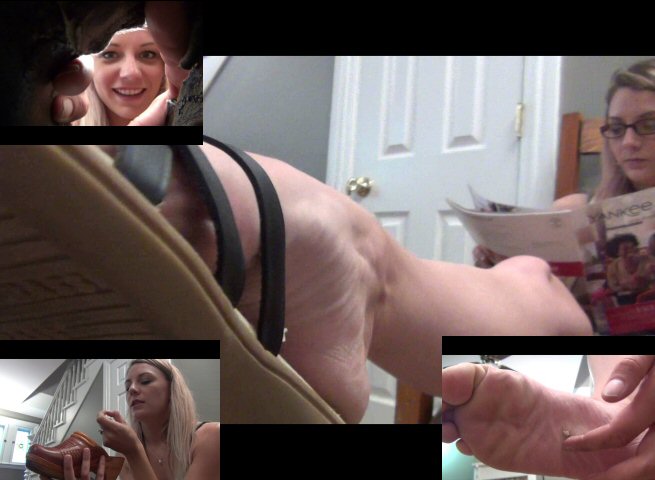 Cinamon receives a phone call from a mental hospital with a strange offering. Since Cinamon is a foot model, the mental hospital explains they had a Tiny Man patient escape. They explain the Tiny Man has a foot fetish an this is the only way they know how to catch him. Cinamon takes the job offering and goes on the hunt degrading men the whole time. She eventually find the crazy Tiny Man and commands he goes back to the mental hospital! 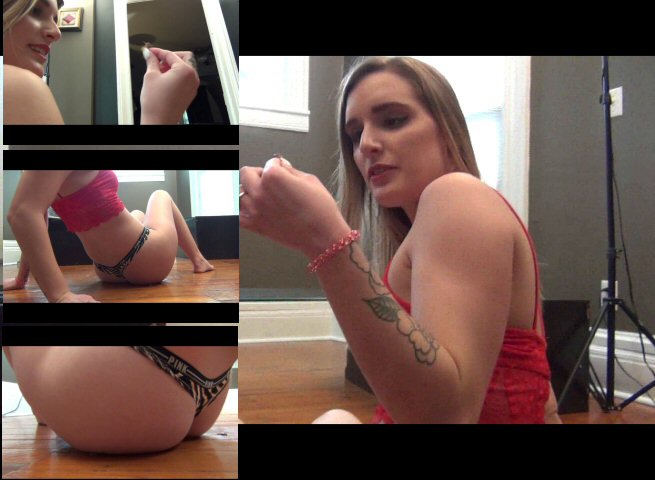 Savy uses her nice big round butt against these crickmans. She bounces and jiggles on them. Crushing them nice and slow. Video includes some behind the scence's of the girls working and preparing for this video. 'PC' 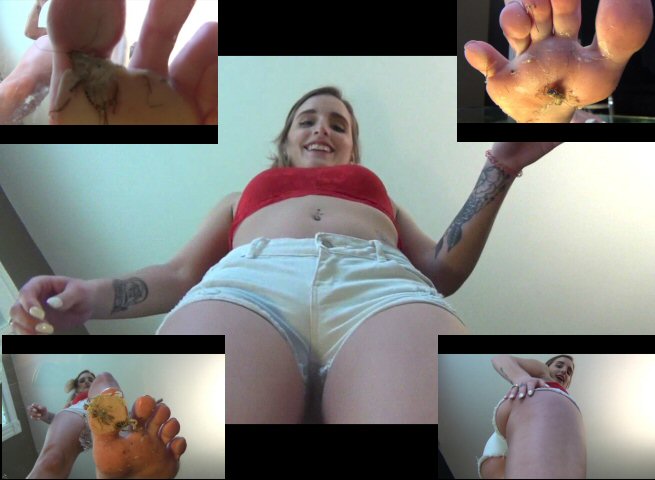 You love Giant blondes flattening you with their soles? Take a look at Savy as she smiles down on you before you become paste! Btwn her fingers and under her soft barefeet! 'PC' 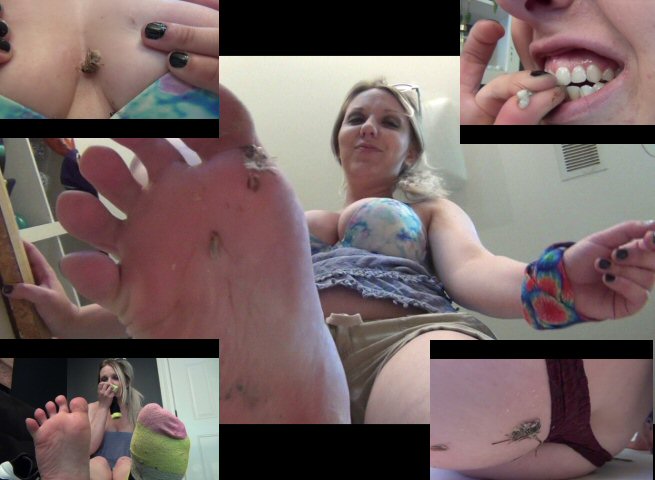 Watch Hali punish and torture all her former jail guards using her long fingers, long nails, Barefeet and Ass!! Every last one has to go! Her beautiful thick bare heels and soles grind them flat!! Her giant teeth clip the cricks in half to end her victims miserable lives instantly! Her big stinky jail feet continue to be the main tool she chooses to help her repaint the inside of her former home! 'PC'(HiDef) 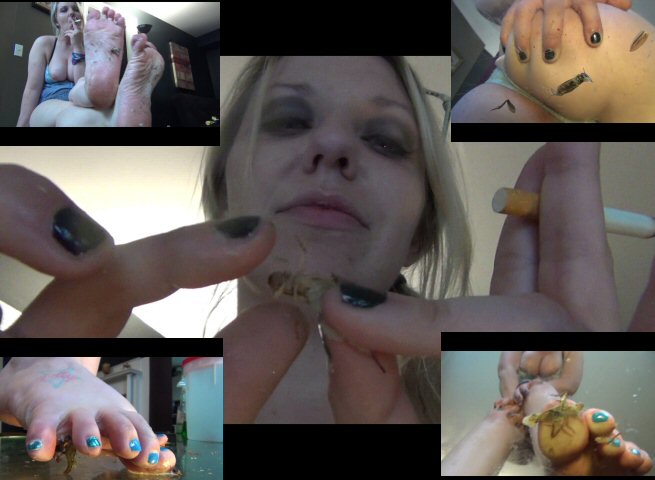 Watch Hali continue to punish and torture all her former jail guards using the glass table! Every last one has to go! Watch her continue to use her bare ass and giant teeth to end her victims miserable lives instantly! Her big stinky jail feet continue to be the main tool she chooses to help her repaint the inside of her former home! 'PC'(HiDef) 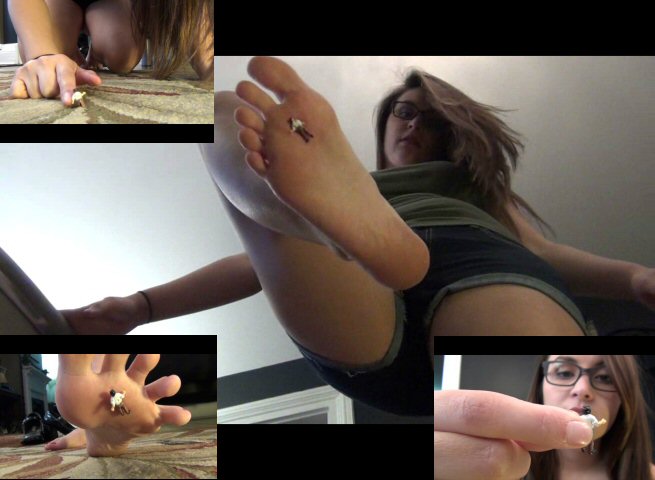 Erica found her husbands diary and realizes he has a strong foot fetish. To his surprise, she wants to make his fantasy come true! Erica makes her husband so tiny that she can barely see him! This is exactly what he wanted! Next, just as he fantasized, she rubs her giant smelly soles all over his puny body! Just a few kisses from his giant wife makes him shrink down even smaller! Towering over him, she lifts her bare foot high into the air and brings it down very slowly over and over again! When she realizes that he has cheated on her, she decides to step on him very slow and painful until he screams out in pain! Erica enjoys his suffering so much that she steps on him very slow once more until she gets bored and kills him beneath her giant bare foot! 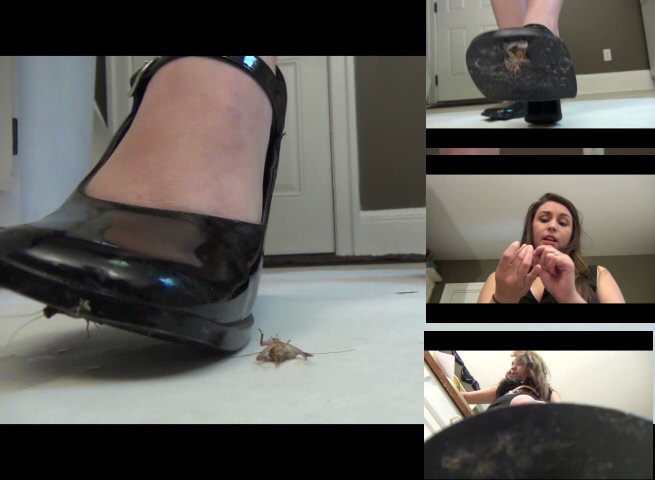 Erica needs to test out her new shoes, she feels like getting some revenge anyway! Erica drops her victims to the ground giving them the chance to run before she jamms them flat into the ground! While Erica crushes and has a little fun you get up close views of her flattening, popping and crunching tiny little helpless cricks with her cute set of Mary Janes! 'PC' 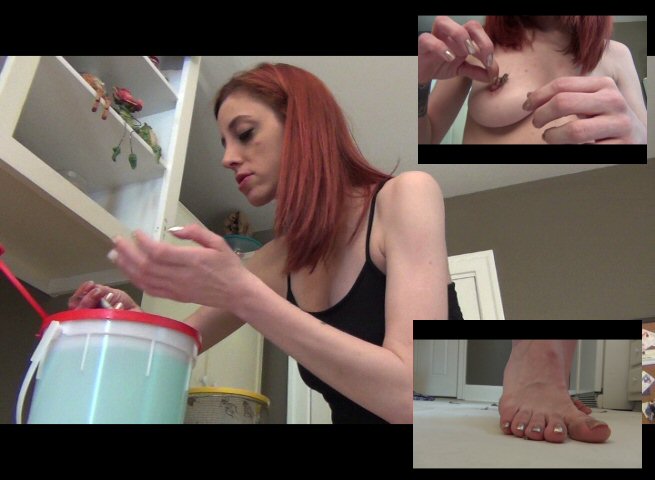 Nikki has came across a bug family and she already loves crushing! so why not get completely nude and crush them like that! That way she can have them ALLL over her body! Just the way she likes too! Nothing makes Nikki more happy then having then crushed on every bit of her! 'PC' 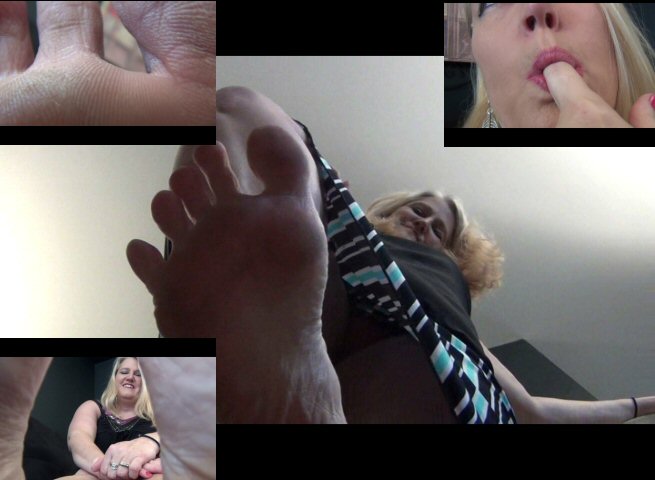 Ava loves to play with her shrunken son. The poor thing is getting smaller and smaller! He begs for help but the old woman loves him this way so she can clean and massage mommy's feet! 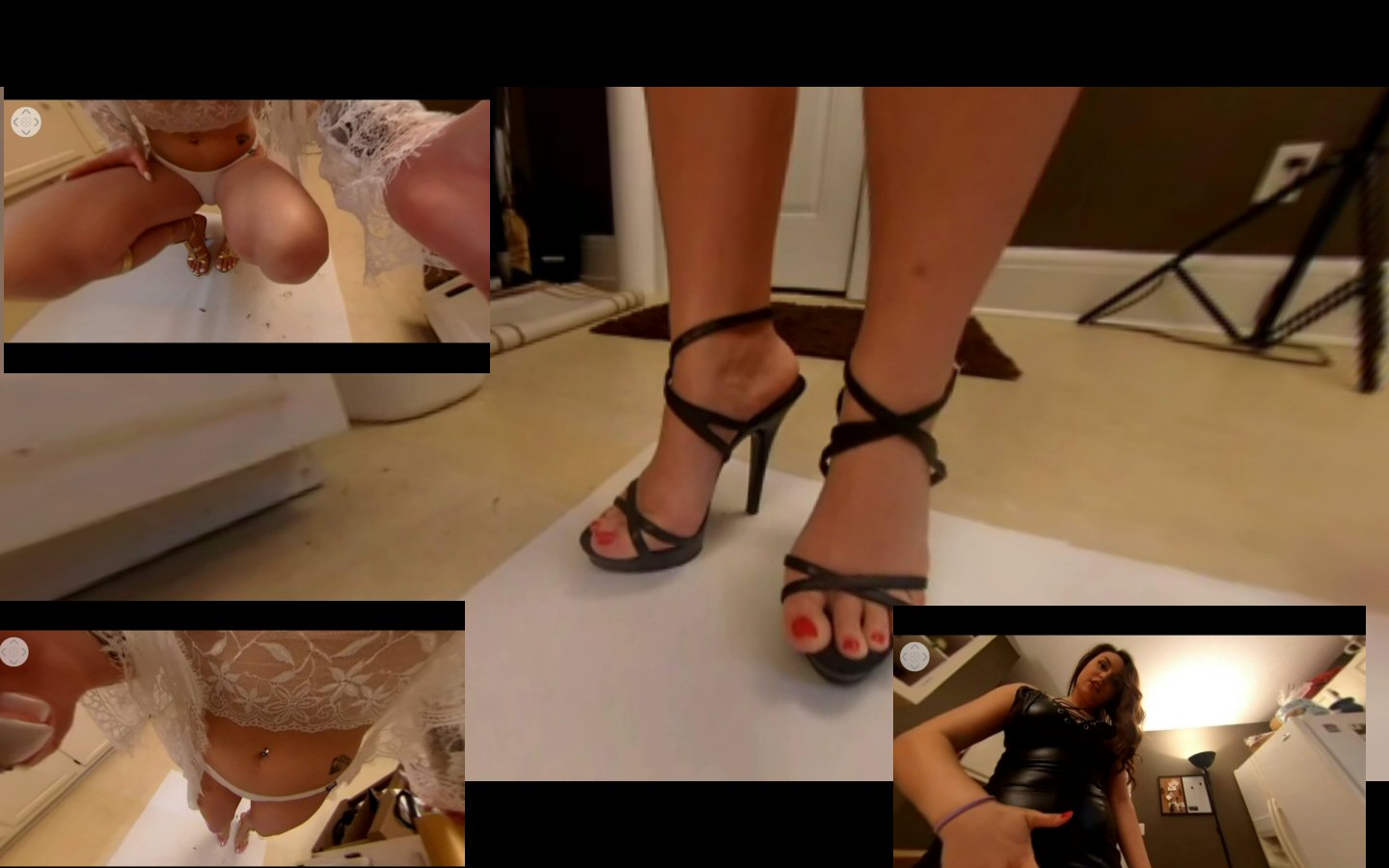 Erica and Savy are playing a little game with their Crickman! crushing them by their fingers, their hands, breast and sex. Then throwing their victims on the floor. They even take the VR camera and move it slowly down their body. Telling their victims not to be scared and kissing them, then giving David instructions to jack off! 'PC' MP4-VR 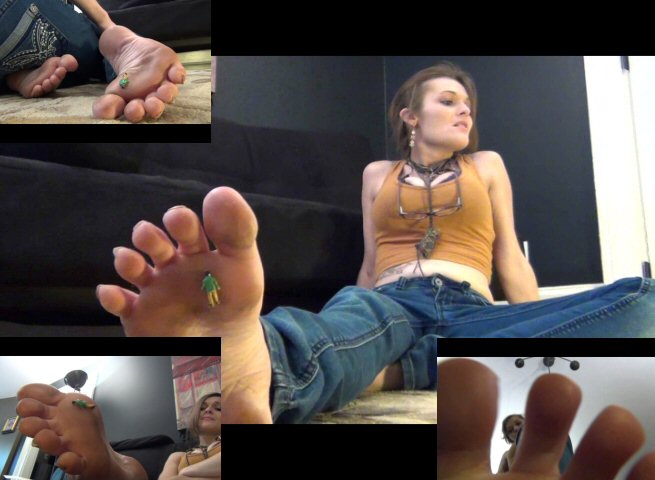 Your TIny Wish Is My Command     View Sample

Lenore gives a tiny crush his command. She shoves her giantess dirty feet over him threatening to make him a stain on the bottom of her foot. Be careful what you wish for!

Erica gives you a little show... she heel and toe crushes for you. While you watch you get to see her smooth giant soles flatten helpless little cricks.. Erica even hops on the glass table giving you under glass views.. Enjoy her hot wrinkles and cute face while she puts in some work! 'PC' 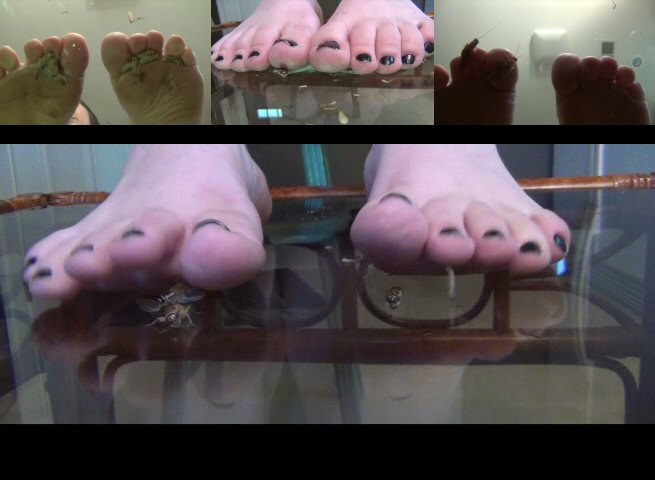 Skyler is bored so she grabs herself some cricks and plays some games! Skyler uses her Giant toes to crush little pervy cricks.... you get under glass views of her popping and flattening cricks... Watch as Skyler finishes her messy Crick toe jamm.. You get to see her wrinkled soles right over your face! 'PC' Nikki's brother is doing a science expermient with his group of friends They got a car and a house and they have shrunk everything including themselves. He told Nikki to stay out of his room during the experiment but Nikki couldn't help it. She comes walking right in wearing her flip flops trying to find them. Her brother try's yelling at her but she lets him know real quick that she is in control. She starts to terrorize and torture her brother and his friends. 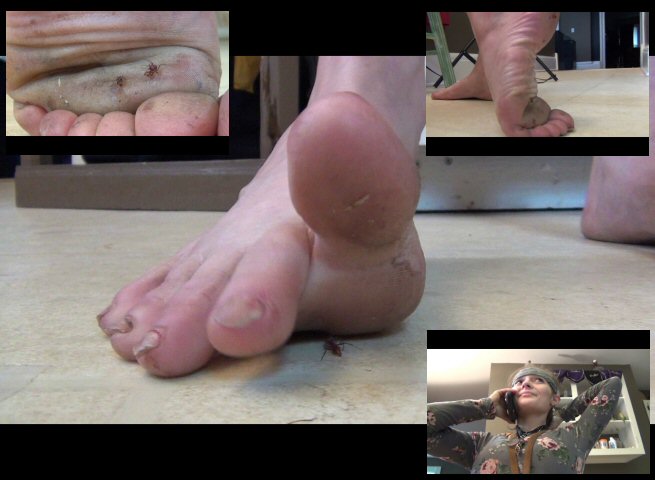 Lenore's day turns around when she's walking through the kitchen and realizes there's Mants on the floor. Makes a perfect time for some little crushing! Literally Little Crushing! 'PC' 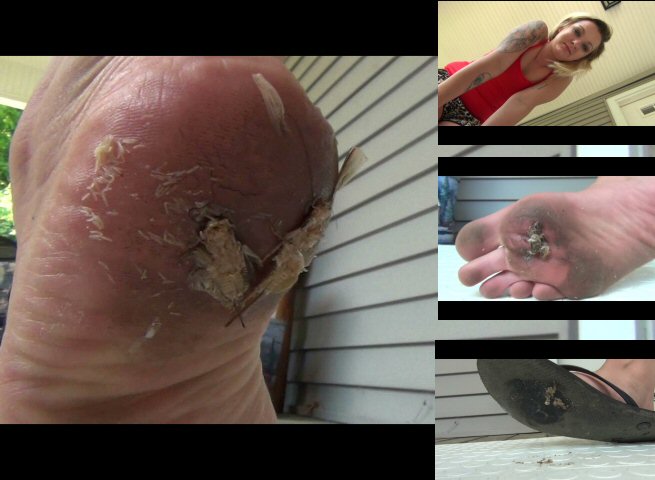 Alex Finally caught up with her old buddy and now she plans to give him the ultimate payback..... While he crawls away from From Alex she quickly ends his life jamming her flip flop on top of him and grinding him right into the ground.... Eventually Alex takes her flip flops off and uses her bare feet Jamming, grinding, cracking and popping their tiny little bodies!!! Alex is one heartless fool, but she gives you the best views of her jammed up soles! 'PC' Skyler Jamms the Little Mealworms grugs For her Biggest Fan'PC'

Skyler's biggest fan has been waiting for a while to see her back in action.... Today's his lucky little day, Skyler shows him how she plans on crushing him once she finally gets her hands on him! While you get up close views of her giant feet Flattening little mills under her feet you can also hear the mills crunching every time she jamms her foot down on top of them..... Wouldn't you love to be under Skyler's big Bad A** feet! 'PC' MP4-VR 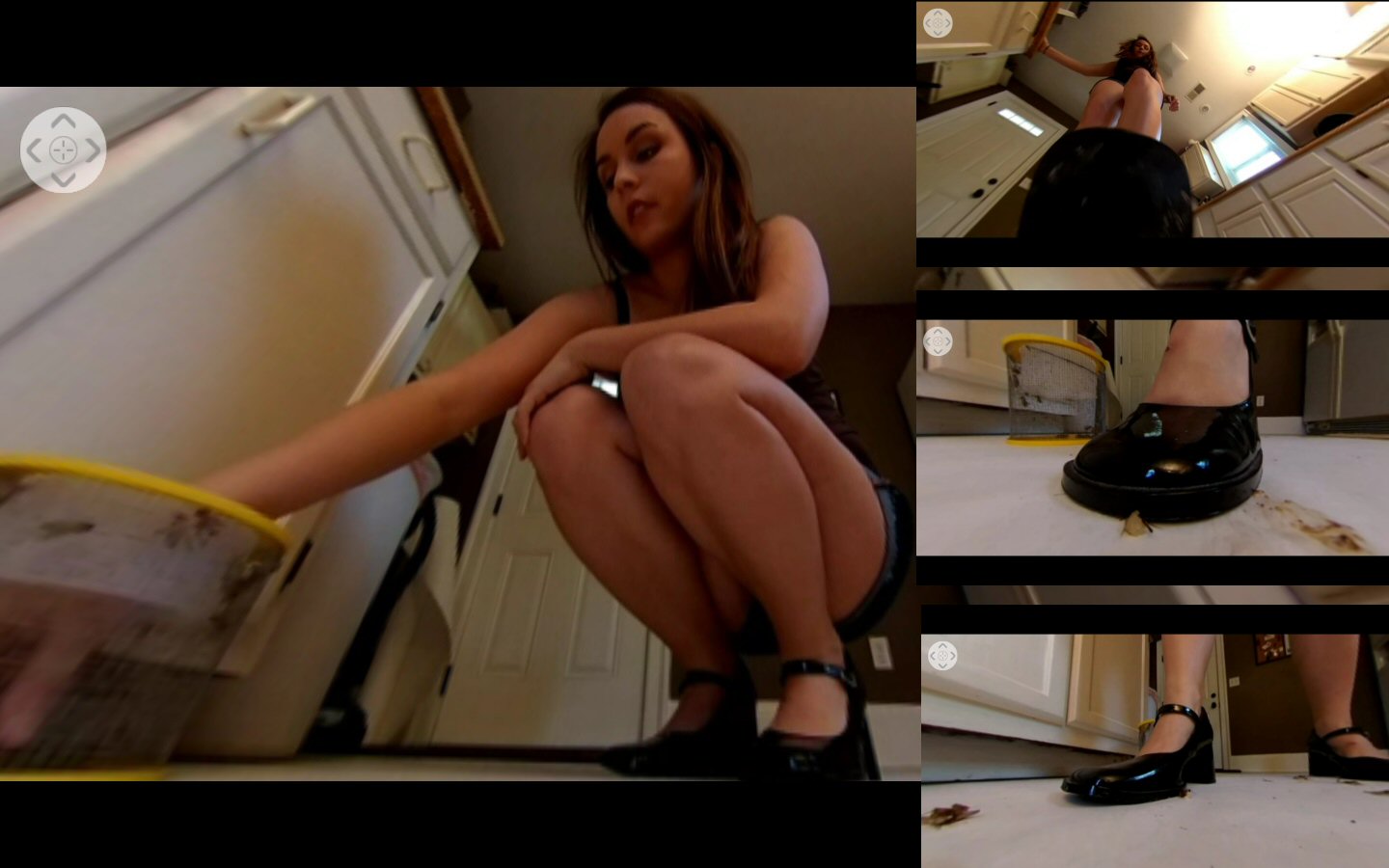 Erica is sick of all the snotty doctors and nurses getting on her nerves and getting in her way! she is sick of it, she takes matters into her own hands..... She shrinks and transforms every single person at work she hates and now she has brought them home... While Erica gets her revenge you get to see her nasty co works get jammed between her giant fingers and popped to death under her Giant feet... Erica is one co worker none of us should mess with!'PC' MP4-VR